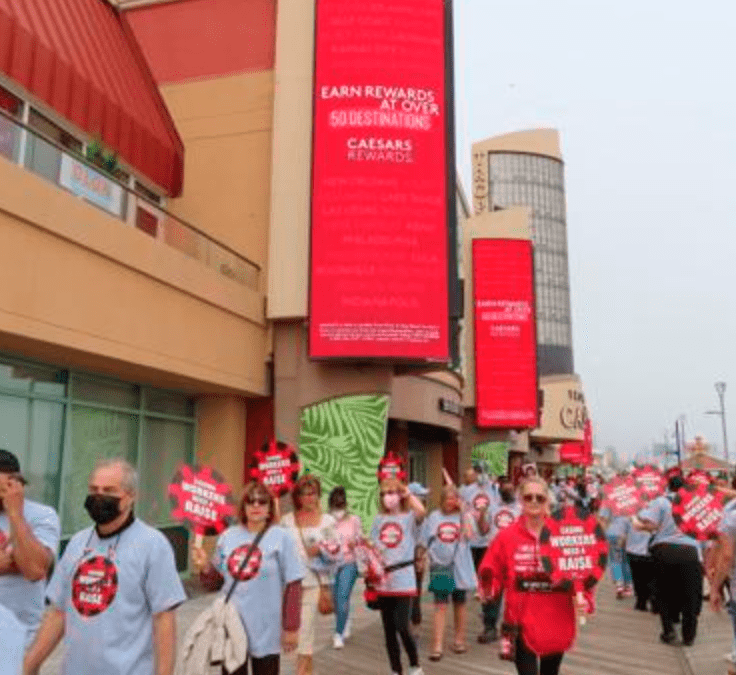 Atlantic City’s main casino workers union will vote Wednesday on whether to authorize a strike against the city’s casinos, with whom they have yet to reach new contract agreements.

Local 54 of the Unite Here union says its members will decide whether union leadership can call a strike against any or all of the nine casinos. Contracts with the casinos expired nearly two weeks ago, and talks have yet to produce a new agreement.

“We’ve been saying for some time now that casino workers need a real raise,” union spokesperson Bethany Holmes said. “We’re two weeks past our contract expiration, and we’ll continue to try to get there with the companies, but we’re taking a vote this week to put in the hands of the negotiating committee the power to call a strike, if necessary.” Read More from Press of Atlantic City.