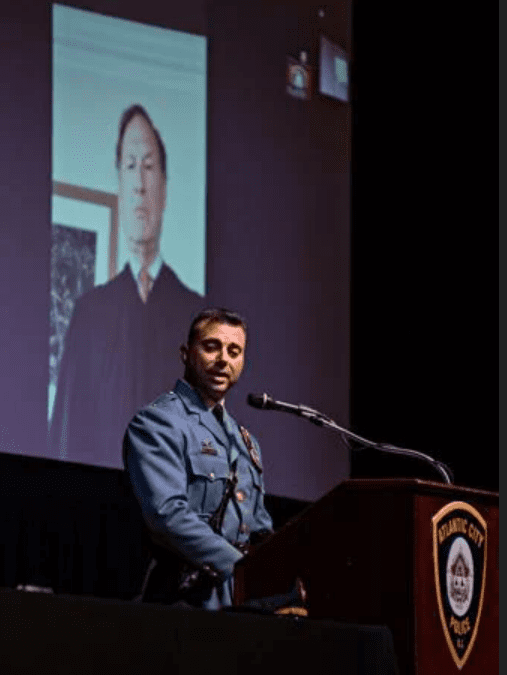 There was a surprise attendee at police Chief James Sarkos’ public swearing in Thursday — U.S. Supreme Court Justice Samuel Alito, who grew up near Trenton and appeared via the internet to swear in the new chief.

“I’m honored and humbled to be sworn in as chief in such an iconic building,” Sarkos, 46, said in his speech at Jim Whelan Boardwalk Hall, “and to have a Supreme Court justice representing the highest court in the land swear me in.”

Sarkos, who has been with the department since 2000, thanked a large number of people for their support, especially Mayor Marty Small Sr., whose continuous lobbying for him to become chief made it happen, Sarkos said. Read more from The Press of Atlantic City.