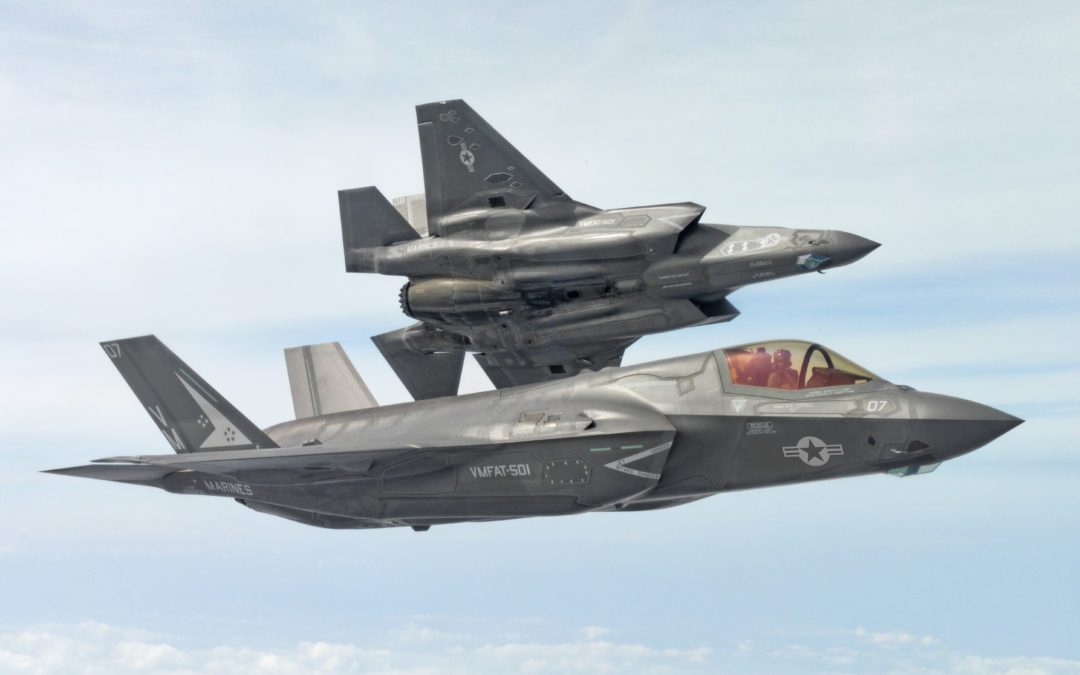 Senior U.S. Air Force leaders recently reemphasized their support for the F-35, calling the 5th Generation fighter the “cornerstone” of the Air Force’s tactical capability. The remarks were intended to clarify recent erroneous media coverage claiming that the “Air Force has admitted the F-35 program has failed.”

On Feb. 26, Acting Secretary of the Air Force John Roth added that the F-35 is “the core airplane going forward.”

The F-35 is delivering transformational capabilities today, and the program is mature and growing. The vital interoperability of the 5th Generation F-35 binds 13 allies and partners with the United States in air dominance and enabling critical joint capabilities.

The ability of the F-35 to forward-deploy and operate in hostile environments, side-by-side with our allies, is critical to maintaining a credible deterrent posture and reassuring front-line allies.

The 5th Generation F-35 is more than a fighter jet, it’s a powerful force multiplier with advanced sensors and communications suites that significantly enhance the capabilities of networked airborne, surface and ground-based platforms – sharing critical information in the Joint-All Domain Operations (JADO) battlespace.

The 5th Generation F-35 is the only fighter in production capable of surviving in contested environments and deterring or defeating near-peer adversaries. As the most lethal, survivable and connected fighter aircraft in the world, the F-35 delivers a more lethal force, while strengthening and growing global alliances. As adversaries advance and legacy aircraft age, the F-35 is critical to maintaining air dominance for decades to come.

For example, according to Lt. Col. James Christensen, commander of the U.S. Air Force’s 356th Fighter Squadron, the F-35 enables his unit to “protect and enhance the lethality of the entire air package with the world’s most advanced sensors, weapons and avionics suite available on any fighter—with increased sortie range, enemy detection capability and low observable lethality. We can rapidly deploy and seamlessly integrate with sister services and partner nations to bring peerless military options to our commanders.”

The F-35 also creates and sustains more than 254,000 direct and indirect high-paying, high-tech jobs for American workers across the country and abroad, generating more than USD $49 billion annually in economic impact. The F-35 program teams with nearly 1,900 U.S. suppliers – including more than 1,000 small business suppliers – in 45 states and Puerto Rico to produce thousands of components.

Suppliers in all nine F-35 program partner countries are producing F-35 components for all aircraft, not just those for their country. In addition to Lockheed Martin’s facility in Fort Worth, Texas, there are two Final Assembly and Check Out (FACO) facilities outside the United States: one in Cameri, Italy, where the first jet was delivered in December 2015; and another in Nagoya, Japan, where the first jet was delivered in June 2017.

Meanwhile, the F-35’s reliability also continues to improve, with the global fleet averaging greater than 70% mission capable rates. There has been sustained improvement in readiness metrics over the last 18 months, while adding 120 aircraft in 2020. Lockheed Martin also continues to see improvements in other F-35 maintenance metrics and is receiving positive feedback from customers, most recently from the U.S. Air Force which had several squadrons simultaneously deployed for joint operations and exercises for 18 consecutive months.

The U.S. Air Force’s 34th Fighter Generation Squadron recently completed exercise Red Flag 21-1 without losing a single F-35A sortie to a maintenance issue. The U.S. Air Force also recently flew F-35As more than 4,700 miles from Alaska – from negative 30 to 85 degrees Fahrenheit – to Guam for exercise Cope North 2021, where F-35s conducted Agile Combat Employment training on an austere airfield. Ninety-two percent of the parts flying on the F-35 today are performing at or better than specification – the other eight percent are being scrutinized for how they can be more reliable, available, and maintainable.

Lockheed Martin is proud to partner with the Air Force to deliver this combat proven aircraft to the airmen who fly and maintain it.

Learn more about the F-35