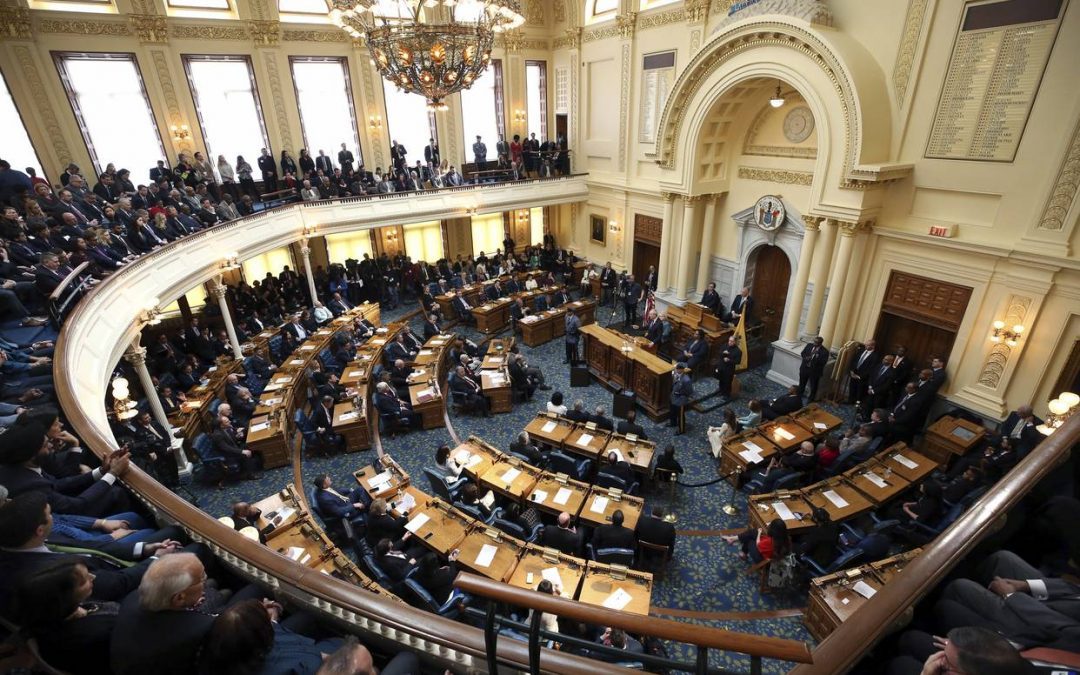 This Op-Ed was signed by the heads of nine business associations in the state.  The list or organizations can be found at the bottom.  It was released by the New Jersey Business & Industry Association to several outlets.

New Jersey is entering a budget showdown for yet another year.

And while the Legislature and Governor Murphy debate whether it will be a steep increase on the corporate business tax or a big hike on the income tax for millionaires that buoys the final FY2019 budget, we do know that New Jersey’s job creators will once again be the most adversely affected. We cannot tax our way out of our fiscal challenges – rather we need a comprehensive plan to address our structural deficiencies and we need it now.

The Corporate Business Tax (CBT) surcharge as part of the Legislature’s budget puts New Jersey in line for the highest corporate income tax rate in the nation – with an 11.5 percent tax rate for companies with revenues between $1 million and $25 million, and a whopping 13 percent for companies earning more than $25 million.

Many legislators justify this increase in CBT based on a premise that corporations have benefited from this year’s federal tax reform. This is, at best, a flawed rationalization to damage the 2,000-plus companies that account for more than $20 billion in net allocated income in New Jersey.

We have seen corporations increase reinvestment by capital spending in the first quarter at record levels, which was the exact intent of the federal tax reform. You can rest assured that in New Jersey, however, that reinvestment will cease if the proposed CBT surcharge comes to fruition – even with a proposed two-year sunset.

The truth is corporations have 50 states to choose from. We need to make New Jersey more attractive to retain our businesses and capture the investment of new ones so we can gain in our regional competitiveness. Having the highest corporate business tax in the nation, in addition to the already high costs of doing business in New Jersey, will not put us on that path.

In his support of a millionaires tax, we heard Gov. Murphy say it was a “no-brainer” to raise the rate from 8.97 percent to 10.75 percent. What is being missed is that some 5,000 New Jersey businesses, many of them sole proprietorships, partnerships and LLCs who flow their income taxes through personal returns, would be impacted by this increase. These businesses account for more than $1 billion in Adjusted Gross Income in New Jersey in 2015.

Whether it’s small businesses or bigger corporations impacted, these taxes would be on top of new legal mandates which increase the expense for businesses by extending new benefits (paid sick leave) and requiring new reporting requirements that drive up the cost of doing business (equal pay).

An expansion of the Paid Family Leave law, temporary disability insurance laws and a sales tax increase have all been considered during this budget season, in addition to a proposed mandated increase to a $15 minimum wage. The governor also recently signed into law bills to subsidize the state’s nuclear plants and renewable energy programs, which will also raise costs for companies.

The cumulative costs of all these new mandates, on top of new taxes as part of this year’s budget, need to be considered. They completely solidify New Jersey’s unfortunate reputation of having the worst business climate in the nation.

New Jersey’s business community is being pushed to the brink. Our business leaders have been urging policymakers to work on comprehensive tax and regulatory reform. We need to fix the State’s structural budget deficits, such as our public pension, health benefits and education costs, rather than attempt to tax our way of our challenges.

We look forward to recommendations to address the State’s structural deficiencies from the State Tax Policy Workgroup and Economic Growth Council, assembled by Senate President Steve Sweeney and Governor Murphy, respectively. We only wish they waited for these solutions before throwing more obstacles in the difficult road to prosperity for businesses in New Jersey.