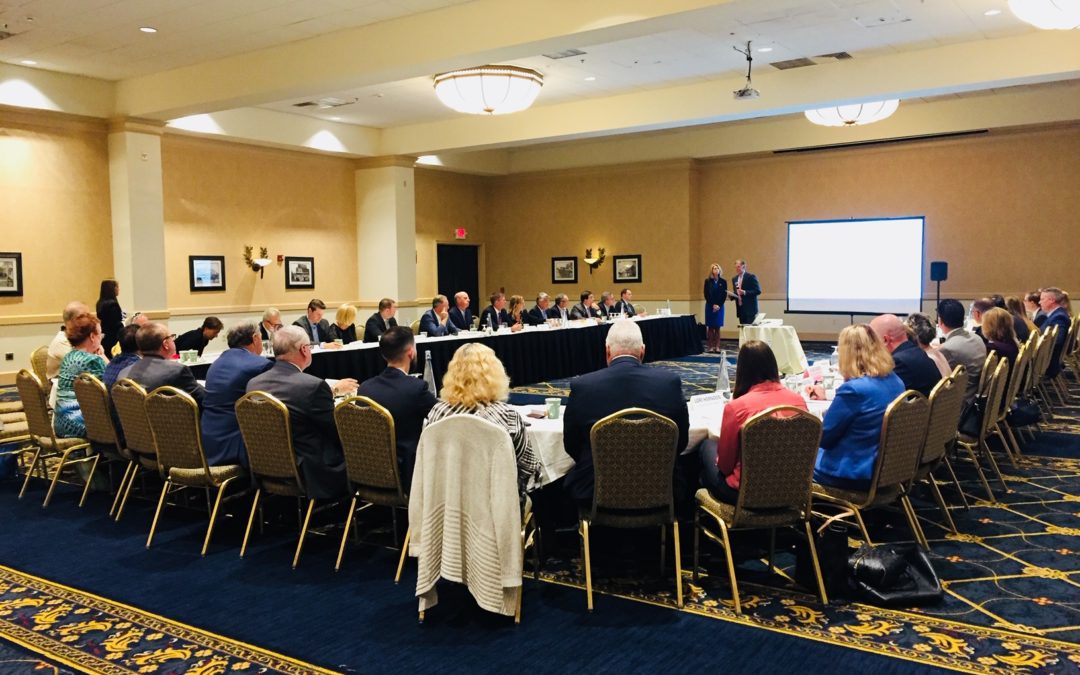 Tom Bracken and Michele Siekerka of Opportunity New Jersey (ONJ) are on a mission to make New Jersey more attractive for businesses — and more affordable for employers and residents. The two business leaders presented this week at a meeting of the Greater Atlantic City Chamber board of directors, where they spoke of the importance of putting the state’s economy on the right track.

The Plan, which was introduced at a press conference in Trenton this summer, outlines key action items to position the state for job growth and make it more regionally competitive businesses and employers. These include reforming corporate and individual taxes, making key investments in infrastructure and workforce development, and taking steps to attract venture and private equity funding to New Jersey.

Bracken and Siekerka praised the state’s many assets and advantages, which include an exceptional labor market, ideal proximity to major metropolitan areas, and a strong transportation infrastructure. “However, the practical reality is that New Jersey has too many structural challenges that continue to hold it back from achieving the competitiveness it deserves  — including tax rates that make the state less affordable for both our younger and aging populations, and an outmigration of wealth that affects our ability to generate revenue for the state’s operating budget,” they said. “Quite simply, the Garden State needs a course correction on the path to affordability and becoming a welcoming environment for businesses.”

Bracken and Siekerka are scheduled to make a similar presentation to the Meadowlands Regional Chamber of Commerce in November. More information about the Plan, and the newly formed Economic Development and Advisory Council, is available at www.opportunitynj.org.