The best place in America is at the 177th Fighter Wing in Atlantic County.

Landing the F-35 in NJ Coalition is committed to bedding the F-35A Lightning II at the the 177th Fighter Wing (FW), stationed at Atlantic City Air National Guard (ANG) Base, New Jersey.

The F-35 belongs at the 177th Fighter Wing in Atlantic County New Jersey because of its unparalleled strategic location. Bedding the F-35 at the 177th FW will allow the United States Air Force to maintain its air dominance capabilities and allow service members to conduct their missions while protecting the country’s most vital governmental and economic regions.

Why is the 177th Figher Wing the best place in America to base the F-35A?

The 177th FW is strategically located between New York City and Washington D.C., an area that accounts for almost one-third of the nation’s population. It is the ideal location to put the most advanced weaponry to combat any challenging threats to our country’s most targeted cities.

Minimal investment is required to make the 177th FW operation to accept the F-35. Newer facilities at the installation have already been designed to meet the needs of the F-35, and its older facilities require only limited modifications to become 5th Generation capable.  The base also has a recently constructed air support operations squadron building ready for F-35 air-to-ground integration.

There is widespread support for basing the F-35s at the 177th FW.  Landing the F-35 in New Jersey Coalition has received tremendous support from the public and private sectors.

The 177th FW currently adds an estimated $109.6M to the New Jersey Economy, supporting approximately 3,000 jobs, generating $165.3M in wealth.  The basing of the F-35 will increase the full-time workforce and further stimulate the economy.

The 177th FW, the William J. Hughes Technical Center, the National Aviation Research & Technology Park, and the Atlantic City Airport are intricately linked and benefit from their proximity to each other, which would further increase the F-35’s economic impact mission in the state of New Jersey. 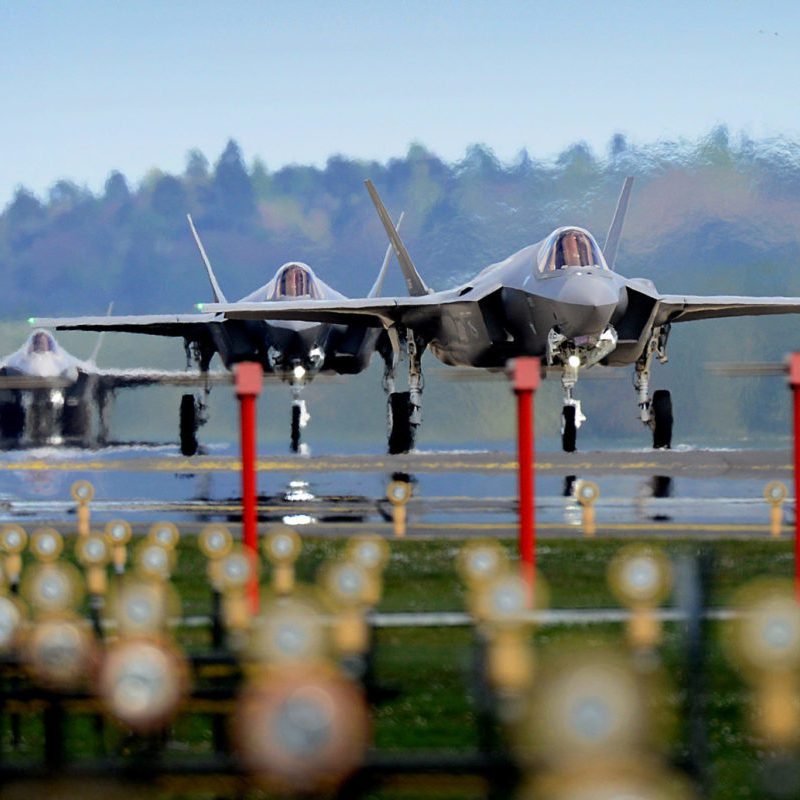 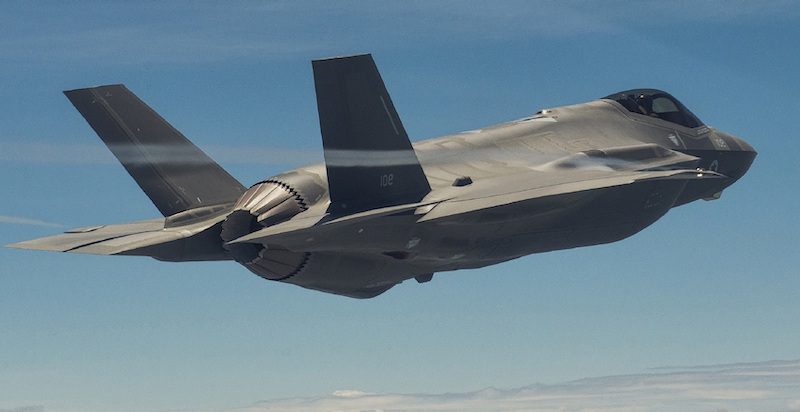 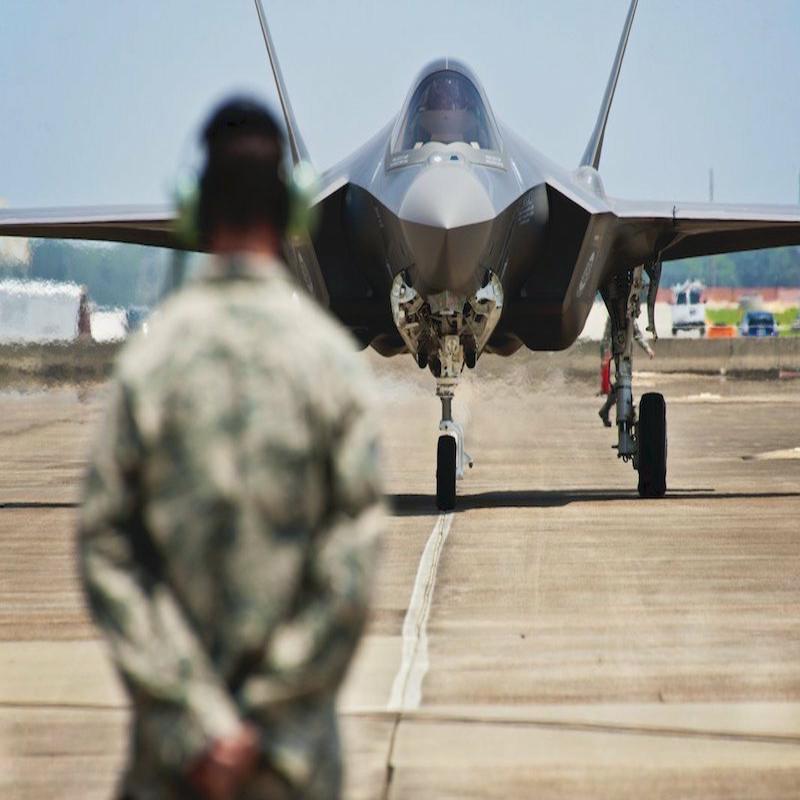 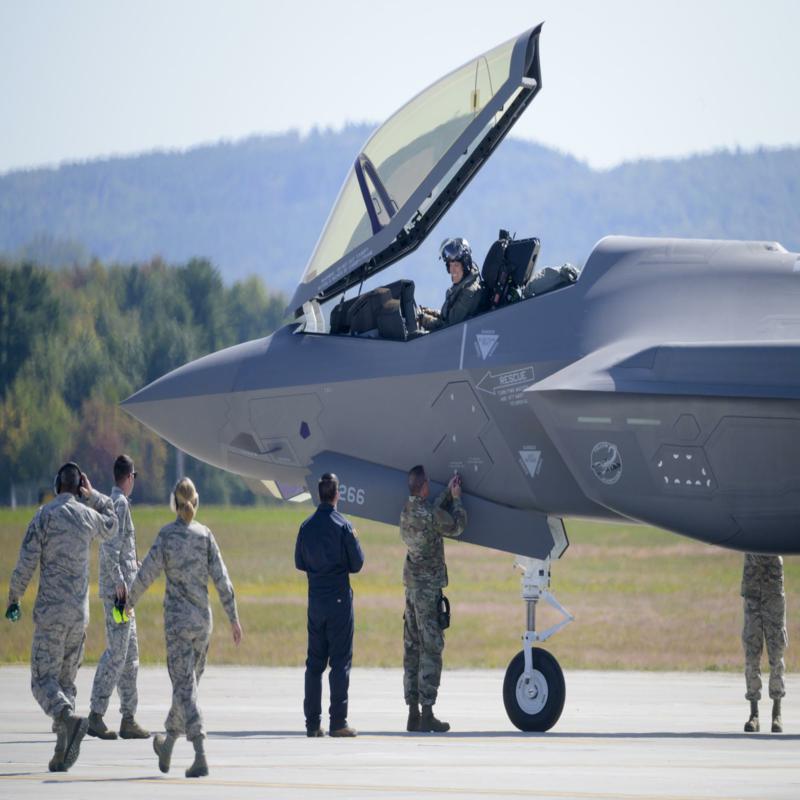 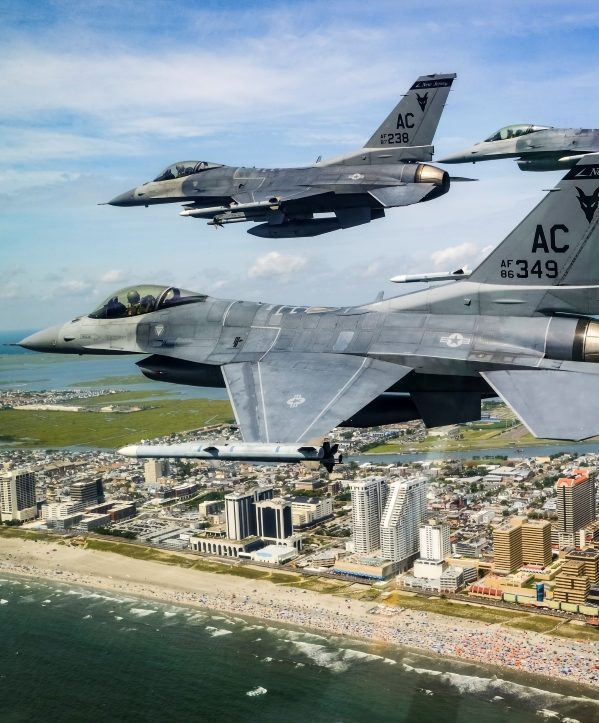 The 177th Fighter Wing, known as the Jersey Devils, is located at Atlantic City International Airport, in Egg Harbor Township, NJ. This Air National Guard Unit has has been protecting America’s skies at this location since 1958. 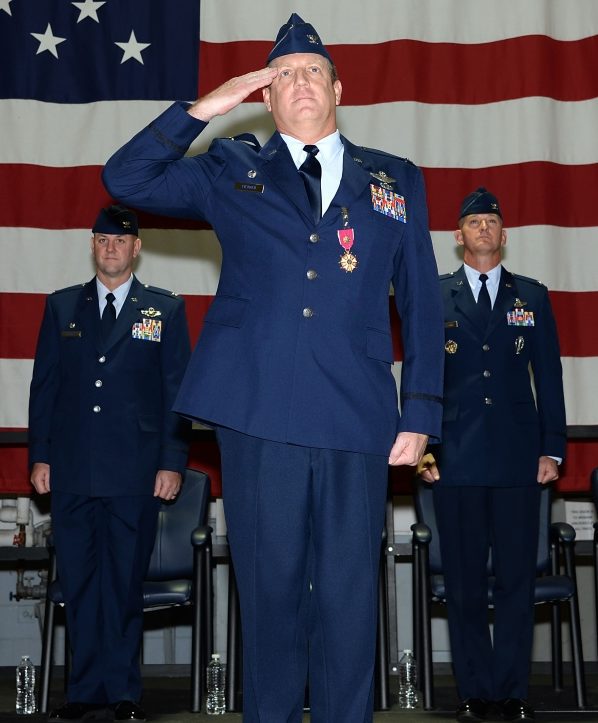 What is an F-35A Lightning II?

The F-35 Lightning II is a 5th Generation fighter, combining advanced stealth with fighter speed and agility, fully fused sensor information, network-enabled operations, and advanced sustainment. Three variants of the F-35 will replace the A-10 and F-16 for the U.S. Air Force, the F/A-18 for the U.S. Navy, the F/A-18 and AV-8B Harrier for the U.S. Marine Corps, and a variety of fighters for at least ten other countries.

The Lightning II is a single-seat, single-engine fighter aircraft designed for many missions with advanced, integrated sensors built into every aircraft. Missions that were traditionally performed by small numbers of specialized aircraft, such as intelligence, surveillance, and reconnaissance and electronic attack missions can now be executed by a squadron of F-35s, bringing new capabilities to many allied forces.

What type of economic impact will this initiative have on Atlantic County?

In addition to supporting the nation’s security, there is a natural synergy among the F-35 mission, the FAA William Hughes Technical Center, the National Aviation Research & Technology Park, and Atlantic City International Airport. Bringing the F-35 to the 177th will increase the full-time workforce by 50 to 100 jobs and drive millions of dollars in economic impact in the region.

The Atlantic City Air National Guard Base will require between $20 and $50 million for additional construction upgrades needed to base and maintain the F-35 Lightning II.

How long will the selection process take?

The USAF is now beginning the third ANG selection process for the F-35.  The 177th FW is expected to complete a data call within the next six to twelve months. Approximately 18 months from that date, the USAF will decide on which Air National Guard bases will be awarded the F-35. The first F-35s jets are expected to arrive approximately four years after the announcement.

Popular  Mechanics published an article on August 7, 2019 entitled, The F-35 Could Make Some Neighborhoods in the U.S. Unliveable.  The following is an excerpt from that article:

Is the noise problem overblown? There’s evidence to suggest that the F-35 being noisier than its predecessor is more perception than reality. A survey of Dutch residents living near the Royal Netherlands Air Force F-35 jets suggests the planes are actually quieter than the F-16s they replaced, with the new jet perceived as less noisy. Noise measuring equipment used by the Dutch government measured the F-35 at 109 decibels, three decibels less than the F-16 at 112 decibels.

Can the F-35 be based anywhere else in New Jersey?

No.  The 177th Fighter Wing at the Atlantic City Air National Guard Base is the only base in New Jersey with an alert mission.

With such a vital mission at stake, defending our nation's most vital government and economic regions, the Wing must be considered for an upgrade to the newest technology and perform available — the F-35s.

“Despite its coverage of two of the nation’s largest cities (New York City and Washington D.C.) and a wide swath of Atlantic coast, this is an F-16 Squadron. It was passed over for the newer F-35 jets that have been deployed elsewhere. This vital upgrade should be expedited, and I will do everything in my power to make sure that this facility gets what it needs

The 177th Fighter Wing is ready to go on active alert at all times to support the East Coast's air defense in the event of a threat. What better location to place these stealth multirole jets than a base that is always ready to protect our country at a moment's notice?

It is our hope the Air Force will realize the benefits of choosing the 177th as the base for these jets, including the fact that it is located practically equidistant from two major U.S. cities – Washington, D.C. and New York City.

The hard-working and highly trained members of the Air National Guard stationed at the 177th are ready and able to handle the responsibilities of housing these jets at their base. Bringing the F-35's to Atlantic County would help ensure a robust presence of the Department of Defense in our state for decades to come.

We always thank our women and men in uniform and the civilians that work alongside them for their service in defending our freedom and security. But, we also must thank them for keeping our communities strong and vibrant. And, working together with our military partners, we intend to keep them as a vital part of our communities, too. 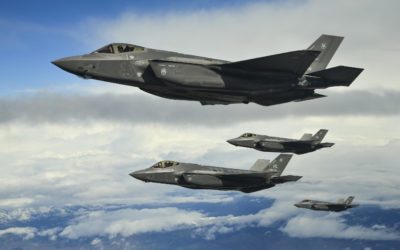 The F-35 is Combat Ready and Combat Proven

Did you know the F-35 is proven in combat with six services having employed the aircraft in combat operations or NATO missions? Highlighted below are some of the ways the F-35 is delivering impressive results for the warfighter today. The U.S. Air Force’s 34th Fighter... 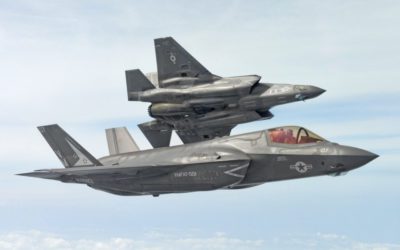 Senior U.S. Air Force leaders recently reemphasized their support for the F-35, calling the 5th Generation fighter the “cornerstone” of the Air Force’s tactical capability. The remarks were intended to clarify recent erroneous media coverage claiming that the “Air...

Show Your Support to Bring the F-35 to Atlantic County

Add your name and email address to receive information pertaining to the 177th Fighter Wing's acquisition of F-35 jets..

A Special Thanks to Our Coalition Members 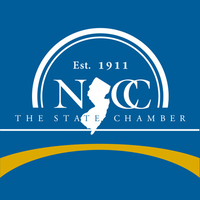 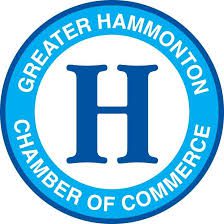 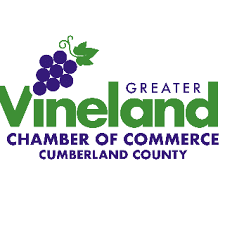 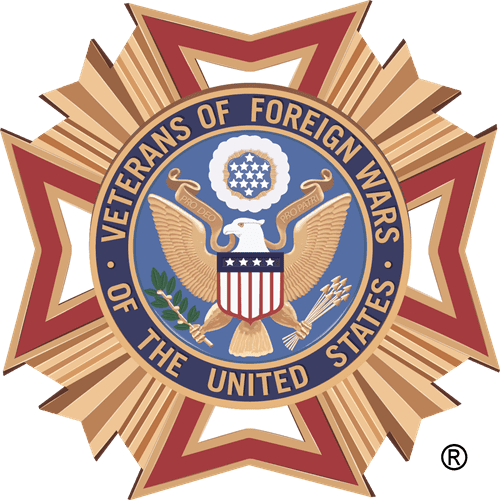 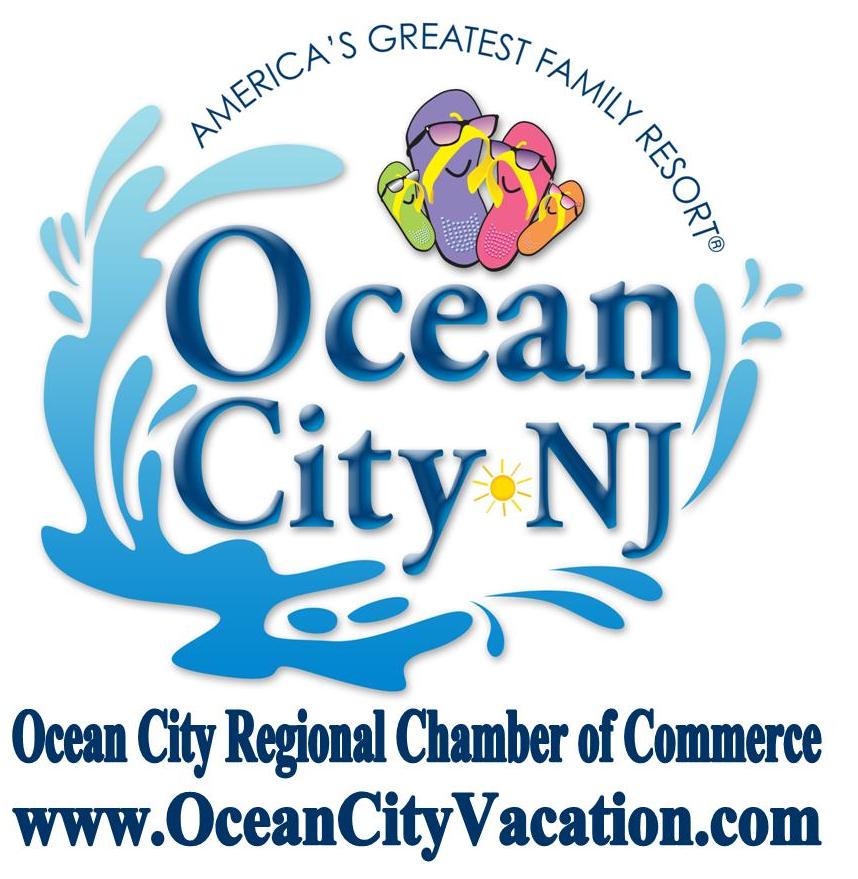 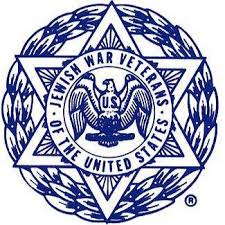