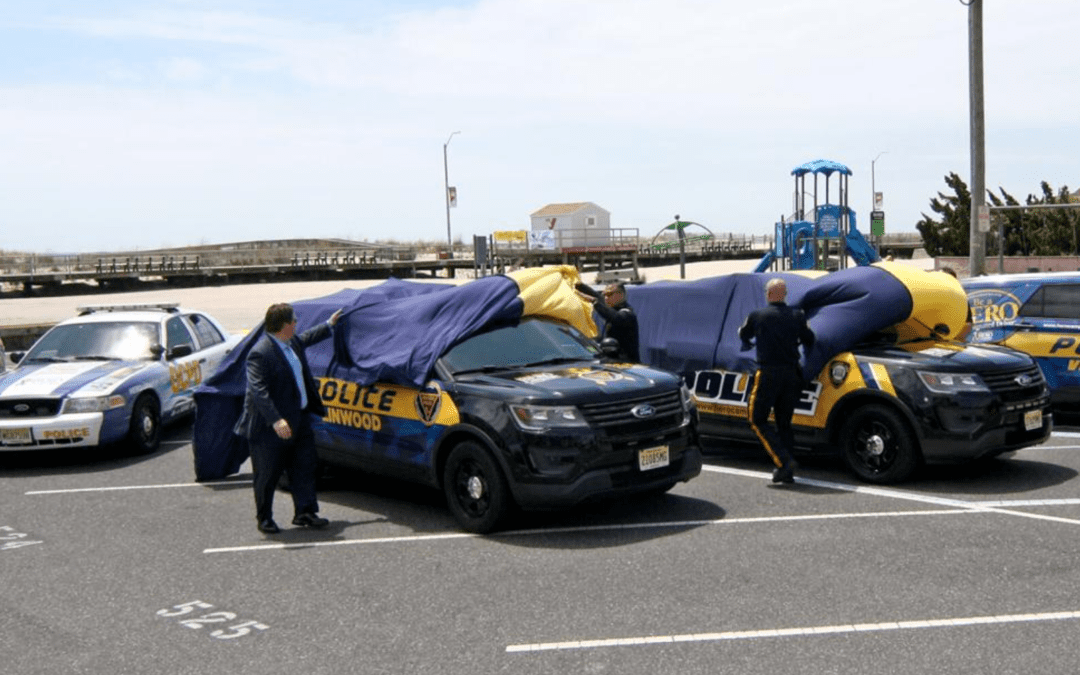 Two new police vehicles decorated by the John R. Elliott HERO Campaign will be seen this summer by drivers, reminding them not to drive drunk.

Ventnor and Linwood will each receive one of the vehicles introduced Thursday on the Ventnor Boardwalk. HERO vehicles from seven other South Jersey police departments were also on hand for the unveiling, which was part of the campaign’s annual “Summer of HEROES” event held prior to Memorial Day weekend.

“We are grateful to our law enforcement partners for helping us save lives by encouraging safe and sober designated driving,” HERO Campaign Chairman and co-founder Bill Elliott said. “These HERO patrol cars will serve as rolling billboards, reminding motorists to always have a designated driver whenever they are drinking alcoholic beverages.” Read More from Press of Atlantic City.