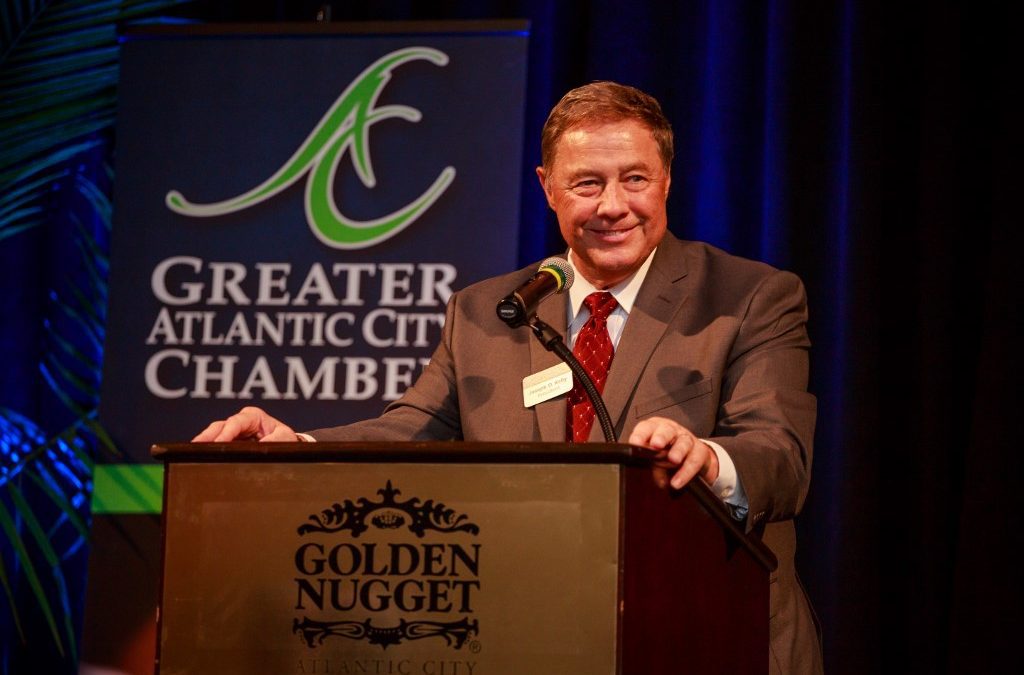 After a successful 23-year tenure as President of the Greater Atlantic City Chamber, and a 40-year career in Chamber work, Joseph Kelly plans to retire as the Chamber President on January 1, 2020.

“Working with the Greater Atlantic City Chamber has been an honor and I take great pride in the work we have done in the community.” Kelly stated. “The success we had at the Chamber is a direct reflection of the hard-working volunteers and professionals I’ve had the privilege to work with.  I am extremely proud of our accomplishments.”

“Joe has been a rock for the Chamber for almost a quarter century,” stated Jeff Ropiecki, the Chair of the Greater Atlantic City Chamber. “His innate ability to bring people together and execute a plan is evident in his many accomplishments.  Merging the Atlantic City and Atlantic County Chamber and spearheading the Atlantic City Airshow are two that immediately come to mind.”

Kelly also served on several boards during his tenure, including the Workforce Development Board, the United Way, and the Atlantic County Homeless Consortium.

Kelly has led the Chamber through some of the most transformative years in our region’s history. “The Chamber is now recognized by both public and private sector leaders as the voice of business in our marketplace,” said Charles Wimberg, Immediate Past Chair of the Chamber.

Prior to coming to Atlantic City, Kelly served as the Executive Vice President of the Toledo, Ohio Chamber and Executive Director of the Bucyrus, Ohio Chamber during his career in leading Chambers. He was a national Trustee for the American Chamber of Commerce Executives (ACCE) and is a graduate of the U.S. Chamber of Commerce Institute for Organization Management (IOM) at the University of Notre Dame, with an Undergraduate degree from Salem University in West Virginia.

Michael Chait, the Executive Vice President of the Greater Atlantic City Chamber, will assume the responsibilities of the President as of January 1, 2020.

“Strong leadership succession is critical to the health of any organization. We are very fortunate to have Michael Chait, presently the Chambers Executive Vice President, to succeed President Kelly.  It will be a seamless transition,” stated Wimberg.