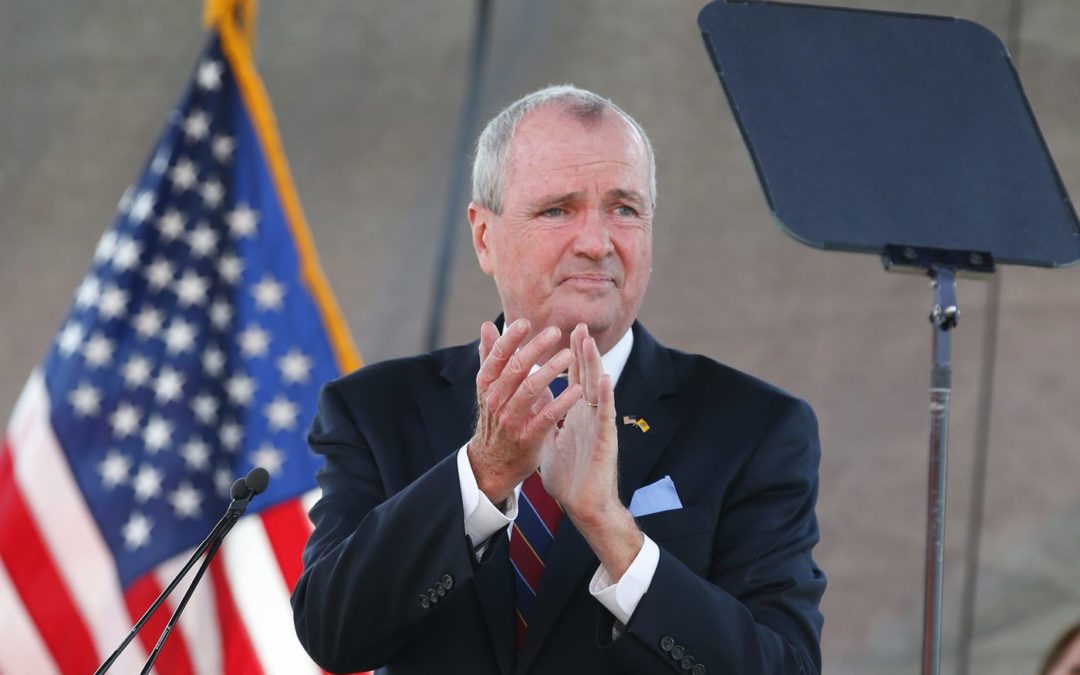 Governor Phil Murphy, Lieutenant Governor Sheila Oliver, Senate President Steve Sweeney, Assembly Speaker Craig Coughlin, Senate Budget Chair Paul Sarlo, and Assembly Budget Chair Eliana Pintor Marin today announced that that the revised Fiscal Year 2021 (FY2021) budget will raise the state’s gross income tax rate on income between $1 million and $5 million per year. The rate will increase from the current 8.97% to 10.75% for every dollar earned between $1 million and $5 million annually, bringing it in line with the rate for income earned over $5 million annually and back to the rate paid in 2010. The Governor and legislators also announced a tax cut that will pay an up to $500 rebate to approximately 800,000 New Jersey families.

The enactment of a millionaire’s tax will further Governor Murphy’s longstanding commitment to making New Jersey stronger and fairer, an especially critical step given the financial realities exacerbated by the ongoing COVID-19 pandemic.

Additionally, the Governor and Legislative leaders announced an up to $500 rebate for families with incomes under $150,000 per couple—or $75,000 for a single individual—with at least one dependent child. This rebate will be automatically distributed to eligible taxpayers in the summer of 2021, providing much-needed relief for middle-class families.

“In this unprecedented time, when so many middle-class families and others have sacrificed a great deal, now is the time to ensure that the wealthiest among us are also called to make a modest sacrifice by paying pennies on the dollar more for any income over $1 million,” said Governor Murphy. “I am also proud to announce that we are taking the step of providing a $500 rebate for our middle-class families. I thank the Senate President and Speaker for their partnership as we move forward with these initiatives that will spur resiliency and economic growth in our state.”

“I would like to congratulate Governor Murphy, Senate President Sweeney, and Speaker Coughlin for coming together during a very difficult economic time in New Jersey and reaching consensus on a budget that will work for the operations of government, but more importantly for the people of New Jersey,” said Lieutenant Governor Oliver. “This is a budget that represents having to be frugal based on the revenue deficits we are challenged with, but at the same time, prioritizing what is important.”

“Helping middle class families to me, makes all the sense in the world at this time,” said Senate President Sweeney. “I want to thank the Governor and the Lieutenant Governor for their openness and their willingness to do this a little bit differently than we thought we were going to do. I am glad to be standing here with my colleagues.”

“The agreement that we reached will provide much needed tax relief for so many who can truly use a break,” said Assembly Speaker Coughlin. “It has always been a priority of all of us to help the middle class. I am pleased to join today with the Governor and the Senate President in support of increasing the tax rate on those earning more than a million dollars. The small increase has long been part of Governor Murphy’s plan of tax fairness and it will generate much needed revenue that will allow assistance to those desperately in need.”

“Many middle class families are really struggling because of what the pandemic has done to them,” said Assemblywoman Pintor Marin, Chair of the Assembly Budget Committee. “I applaud the Speaker for his leadership, the Governor, and Senate President for being at the forefront and giving families some of the relief that they have been looking for. I am very proud today.”

“What is important for all of us to recognize as we sit here today, during one of the most difficult times in our state and our country’s history is that the leaders have come together and have put together a budget process and put the biggest piece of it together in a time frame that allows it to be done in a transparent manner,” said Senator Sarlo, Chair of the Senate Budget Committee. “Thank you Governor, Senate President Sweeney, and Speaker Coughlin for taking the leadership on that.”

The Governor also announced that the definition of “dependent” in the state tax code will be changed to match the federal tax code.