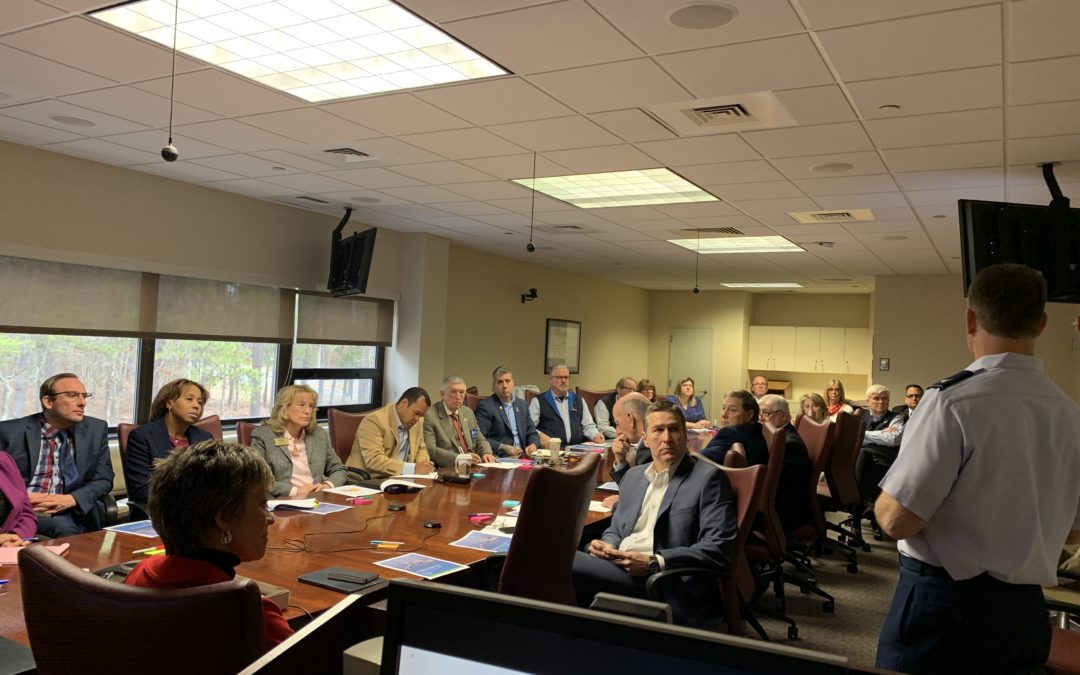 On January 28, Greater Atlantic City Chamber Board members met with 28 business and community leaders to discuss the creation of a state-wide coalition in support for bringing the F-35 to New Jersey.  Specifically, bring them to the 177th Fighter Wing. The F-35 belongs at the 177th Fighter Wing in Atlantic County New Jersey because of its unparalleled strategic location. Bedding the F-35 at the 177th FW will allow the United States Air Force to maintain its air dominance capabilities and allow service members to conduct their missions while protecting the country’s most vital governmental and economic regions.

Two numbers you should remember.  They are 7 and 12.  Once airborne from the 177th FW it takes only 7 minutes to get to New York and 12 minutes to get to Washington DC.  There is no other Air National Guard base with the ability to cover this area.

In addition, the 177th FW and the William J. Hughes Technical Center are intricately linked and benefit from their proximity to each other, which would further increase the F-35’s economic impact mission in the state of New Jersey.

Watch this quick video to learn more about the most advanced fighter jet in the world.

This initial coalition meeting was incredibly positive as we shared information about the basing, discussed the positive impact this will have, and to explored effective strategies to make this initiative become a reality.  You can learn more about this initiative by reading the following whitepaper:  DOWNLOAD HERE.

And to stay up to speed about our efforts, go to this page and complete the form.