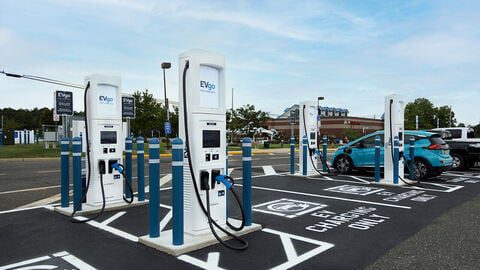 A fast-charging station for electric vehicles is now open at the Frank S. Farley Service Plaza on the Atlantic City Expressway, where drivers can access four 200 kW fast-charging stalls, according to a press release issued Thursday by the company that owns and operates them.

Los Angeles based EVgo, which calls itself the nation’s largest public fast-charging network for electric vehicles, now runs 17 locations across New Jersey, the company said. Six are along the New Jersey Turnpike and Garden State Parkway.

Most EVs charge up to 85% in about 30 minutes, said EVgo spokesperson Sabrina Puleo. Charging a battery to 100% is bad for the battery and causes it to break down quicker, she said. Read More from Press of Atlantic City.