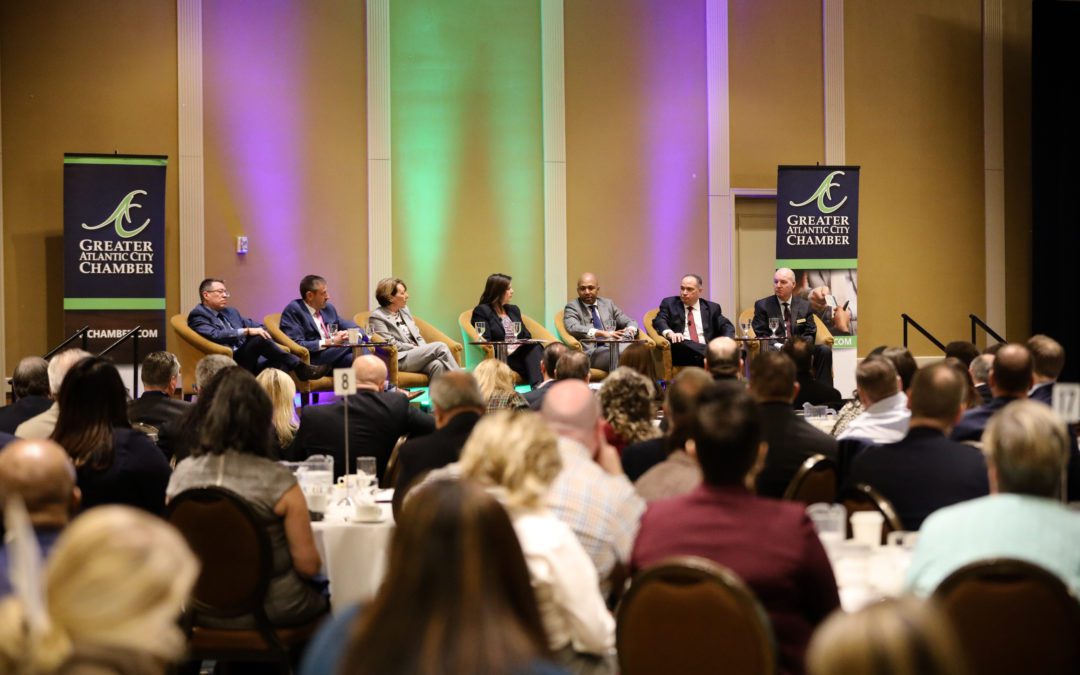 The Greater Atlantic City Chamber hosted a forum with Atlantic City’s top casino executives at the Sheraton Atlantic City Convention Center Hotel. All but one of the city’s nine casino properties.  A representative from Golden Nugget Atlantic City was not available to participate.

The following are articles about the event by respective media in our area: