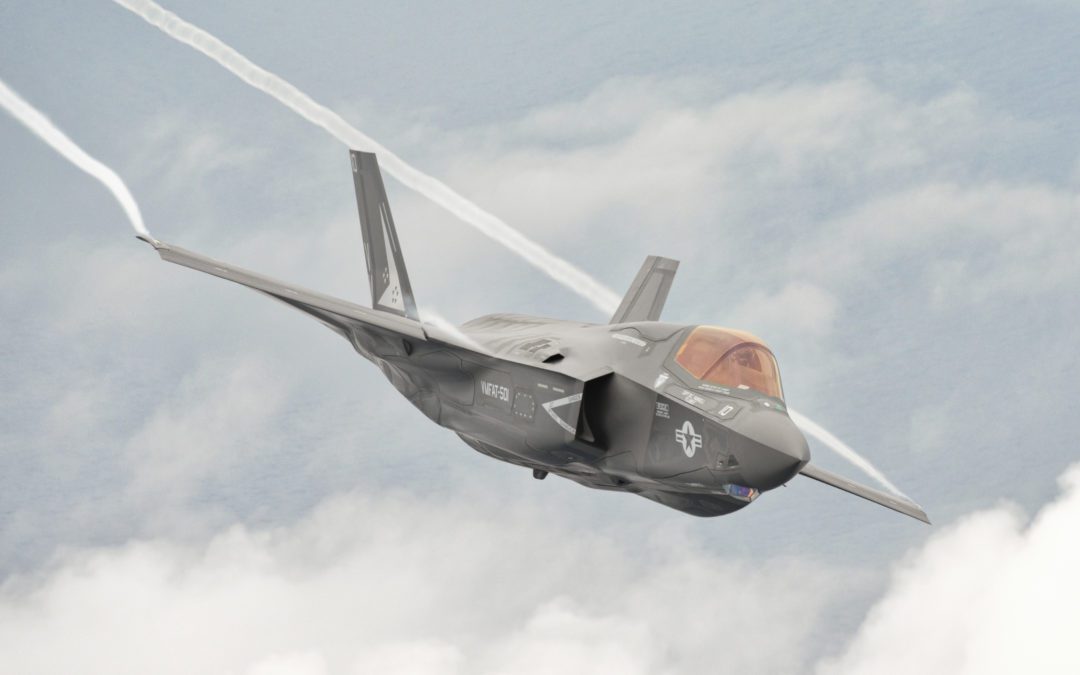 In order to advance New Jersey’s candidacy as a location for the United States Air Force to deploy its F-35 Joint Strike fighter jets, three Assembly Democrats have sponsored legislation that would facilitate air quality studies at the 177th Air National Guard base in Atlantic City International Airport.

The bill (A-270), sponsored by Assemblymen John Armato, Vincent Mazzeo and Joseph Danielsen, would appropriate $50,000 to the New Jersey Department of Military and Veterans Affairs (DMVA) for the implementation of the air quality studies. These studies would help bolster the state’s application with the federal government.

Upon the bill unanimously passing the full Assembly last Monday, the sponsors released the following statements:

“Our base in Egg Harbor Township, right outside Atlantic City, has both the design and resources necessary to house the Air Force’s F-35 fighter jets,” said Assemblyman Armato (D-Atlantic). “The 177th Fighter Wing is ready to go on active alert at all times to support the East Coast’s air defense in the event of a threat. What better location to place these stealth multirole jets than a base that is always ready to protect our country at a moment’s notice?”

“Conducting these air quality studies will help the federal government see our state as an even more viable candidate for its selection,” said Assemblyman Mazzeo (D-Atlantic). “It is our hope the Air Force will realize the benefits of choosing the 177th as the base for these jets, including the fact that it is located practically equidistant from two major U.S. cities – Washington, D.C. and New York City.”

“The hard-working and highly trained members of the Air National Guard stationed at the 177th are ready and able to handle the responsibilities of housing these jets at their base,” said Assemblyman Danielsen (D-Middlesex, Somerset). “Bringing the F-35’s to Atlantic County would help ensure a robust presence of the Department of Defense in our state for decades to come.”

The bill will now go to the Senate.

The Greater Atlantic City Chamber is collaborating with local, regional, and statewide organizations to build a coalition in support of landing the F-35 in New Jersey.  Organizations that have come on board include, but not limited, to the following:

The group is growing as we meet and speak with additional organizations.  The collective voice of our communities cannot be ignored.

We encourage any organization to join our campaign to bring the F-35 Lightning II to the 177th Air National Guard Base at the Atlantic City Airport.

We are committed to making the 177th Fighter Wing home to the United States Air Force’s state-of-the-art F-35 fighter jet. Working together we can make this a reality for our nation’s defense and our local economy.

Join our mission to land the F-35 Lightning II at the 177th Fighter Wing.  Complete the form below and we will communicate your support as part of our community advocacy efforts.  Call us at 609-345-4524 with any questions.